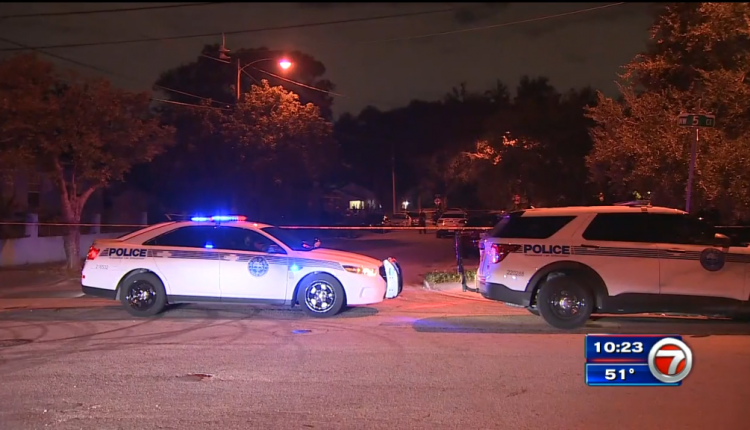 MIAMI (WSVN) – A St John City Police officer was forced to fire his gun after a man with a knife attacked officers who responded, but the issue was not violated.

According to police, the incident began shortly after 3:30 p.m. with an argument between a mother and her 23-year-old son on Christmas Day.

When officers arrived at the 500 block on Northwest 56th Street, police said the son walked away from the house with a knife in hand.

“The officials tried to de-escalate the situation and speak to the young man to interview him and find out what happened in relation to the domestic violence incident,” said Aguilar. “After a brief oral encounter with the officers, the suspect charged the officers who had arrived at the scene and fired the officers. We believe at the moment that a round was fired. The suspect was not beaten and the suspect was taken into custody without incident. “

The officer who fired his weapon is reassigned for a few days. Then it must be evacuated before it can resume full service.