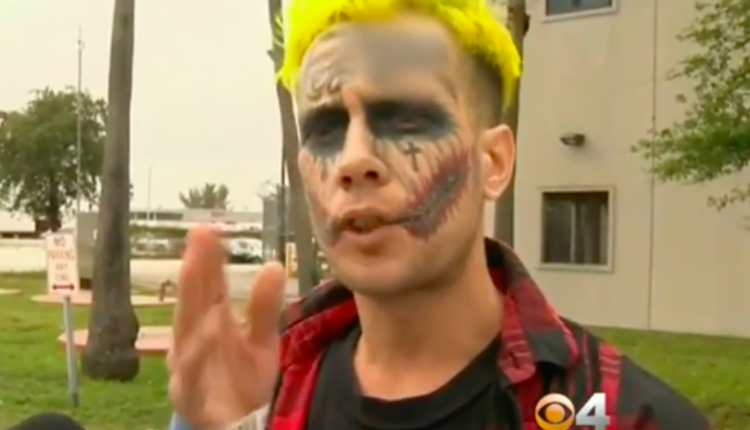 This story was originally posted on risemiaminews.com on June 11, 2015.

When I grew up in St John there was one definite favorite that I would put down roots for.

When my best friends and I dressed up in our orange and green outfits, we shouted our hearts out at Sun Life Stadium. The “U” was what it was always about.

Over the course of college, I saw two of my best friend’s transitions into Duke and Gator fans while some of us went to Florida International University. Although the University of St John was my dream school for as long as I can remember, I had to become a Golden Panther.

I was there by every hatchback, staying at a soccer game until 1am, damn it, I even became an FIU cheerleader.

But until a few weeks ago I was in conflict.

Continue reading: Haters will hate, but MLS Soccer in St John will partner with Beckham

It was one of the biggest college baseball games in St John in recent times when the FIU traveled 9 miles to Coral Gables to play the Hurricanes. Would it be UM or FIU gear for me that I put on at Mark Light?

It turned out to be FIU.

But not everyone has a smooth transition to familiarize themselves with Panther Pride. The University of St John is the school of the FIU’s big brothers, and they are never humble about it.

That is completely understandable. I know The U’s legacy, I know their 6 national soccer championships (and yes, I include 2002), I know the bad boy hurricane days.

I know everything, but when I go to the FIU I realize how proud I am of my own school.

As the FIU celebrates its 50th anniversary as a university, it is on the rise. The FIU is one of the largest schools in the country when it comes to enrolling students. It has world-class undergrad programs and a rapidly growing law school.

And like some other sports in South Florida, fans fill the stadium when the FIU wins.

The glory days of TY Hilton demonstrated that fact as fans stood on the upper deck of the small stadium to cheer on the then-conference-winning football team. TY led us to a new conference, led us to build a bigger stadium, and possibly saved FIU soccer.

All of these little things add up for FIU fans. The UM-FIU baseball matchup was a perfect example. When I entered it was amazing to see so much navy blue and gold.

I could see other panthers in a sea of ​​hurricanes, and while it was a loss, I’m sure every FIU fan there was incredibly excited to root for their team.

Bring up the empty stadiums, tough sports history, and the fact that the FIU may not have an amazing reputation. But that’s going to change in the future, and it starts with people being proud of their school.

The biggest question I got throughout my school year was, “Why FIU?”

And now I know it’s the best decision I’ve ever made. I see these true FIU fans and know they are starting to create an unstoppable trend.

What do you think? Should FIU graduates stop cheering UM and better support their school? Let us know in the comments below.

Why Chinese language Buyers Love St John, the “Hong Kong of the West”