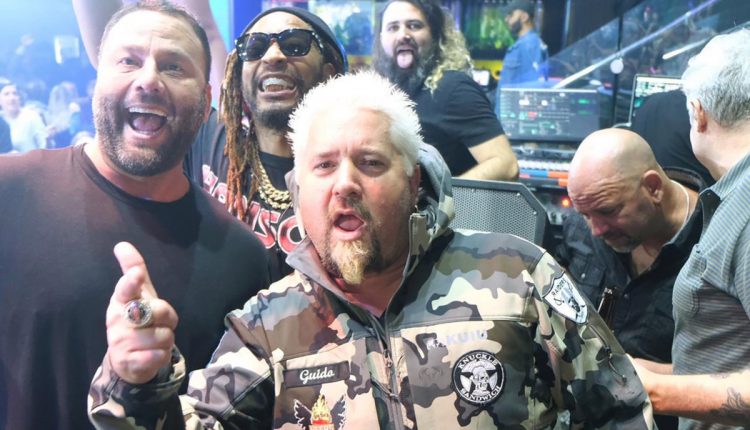 We learned that the bleached, blonde Food Network star, 52, showed up at the Liv nightclub in Fontainebleau on Friday night, where he and his foodie friends, including Chef Josh Capon, were celebrating at a table right next to the DJ booth Lil Jon was performing on.

“He really lived it this weekend,” an insider told Page Six. “He looked like he was having a really great time … He spent the night dancing.”

We hear that he didn’t leave the party until around 4 a.m. and the party didn’t stop there.

On Saturday night, Fieri was back on the club scene – this time at the Hot Spot Story to see a performance by Lil Wayne.

According to Insider, Fieri was seen drinking a drink in hand all night, smoking a cigar and even jumping into the DJ booth once.