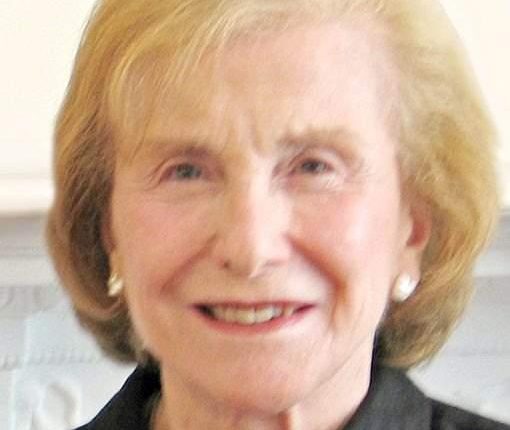 When I looked out the window on the day of the great snowstorm, an outbreak of children appeared to be taking place on a hill in the park. A large rock formation, which was formerly used for climbing by the more daring, had been turned into a perfect slope for tobogganing by the snowfall.

Multi-colored saucers, sleds, and snowsuits created a jumble of movement and excitement from 7:30 a.m. until almost dark, as the rush of the hill mingled with the climb again, with no mishap or crash into another . While observing, one could actually feel the pent-up energy of almost a year full of restrictions, which was released in a joyful burst of movement.

This long period of restrictions on school attendance and usual social activities has only helped sharpen the focus on narrow academic skills that had come down into the early years of school. As early as the pre-school years, the idea came up that only the acquisition of academic skills is real learning. Descriptions of those years reflect the feeling that kids are just playing – which means nothing important is happening.

Indeed, playing is child labor. By playing, pretending and using their imagination, children begin to enter the adult world. You will develop cognitive and language skills as well as important social and emotional skills. Learning to function successfully in a group means learning how to interact with others in a socially acceptable manner. This means expressing feelings appropriately and resolving conflict situations. It means learning, sharing, and taking turns.

Children get to know the world with their senses. The early years of school should give them the opportunity and materials to make this possible.

You solve technical and architectural problems with building blocks. You will find solutions to complex balancing problems. In a household corner, children try out different roles and costumes – including the feeling of walking in mom or dad’s shoes.

Young children also need to move – to run, jump, and use their bodies. Both large and small muscles need exercise so that play, in a physical sense, is an important part of children’s development. In order to use their body, one must also learn how to control one’s body when necessary. This becomes more and more important as the children are later expected to sit at desks, concentrate, and follow the instructions of the teacher.

“Play” is the real beginning of education and plays a role in developing resilience. One criticism of children – in the days leading up to the pandemic – was that they cannot tolerate discomfort or have to struggle. They may be too quick to give up on things that are difficult and can’t bounce back when things don’t go well for them.

Perhaps this was a result of parenting ideas fueled by a misunderstanding in child development research and mental health theories. The thought that frustration and negative emotions harm children took hold in a number of ways. Parents invest in children who feel happy – the focus on happiness is also a product of our culture.

We don’t want our children to feel “bad” or to fight. However, overcoming obstacles and achieving goals often involves fighting. Just living with other people in the world requires compromising and giving up on things you may want.

Resilience is the ability to deal with such realities and move forward despite disappointments and frustrations. Living through difficult things early on develops the muscles necessary for the future.

Our children went through a lot in the past year, which is difficult. Your resilience muscles burst in the snow.
Elaine Heffner, LCSW, Ed.D., has written for Parents Magazine, Fox.com, Redbook, Disney Online, and PBS Parents, among other publications. She has appeared on PBS, ABC, Fox TV, and other networks. Dr. Heffner is the author of “Goodenoughmothering: The best of the blog” and “Mothering: The emotional experience of motherhood according to Freud and feminism”. She is a private practice psychotherapist and educator and lecturer in psychiatric education at Weill Cornell Medical College. Dr. Heffner was the co-founder and director of the Nursery School Treatment Center at Payne Whitney Clinic at New York Hospital. And she blogs on goodenoughmothering.com.