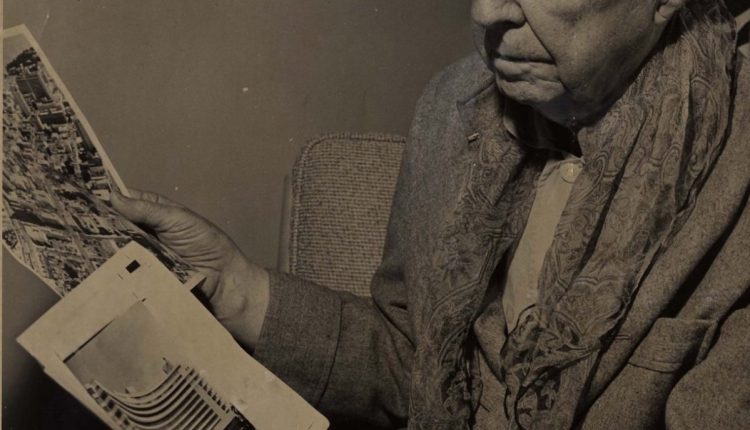 Frank Lloyd Wright, arguably the most important American architect of all time, didn’t like St John. He visited in 1955 and found the natural surroundings beautiful, but wasn’t afraid to share his opinion about the buildings they occupied.

At a lunch sponsored by the Fashion Group of St John, Wright said houses in St John are “things a pig would be ashamed of if pigs could talk.” Regarding St John’s Grand Hotels, he said, “You can’t tell if it’s a hotel, an office building, or something that belongs in a cemetery. Why can’t you, citizens of St John, produce something yourself? “

Of course, by then we had created our own original architecture, including the works of Alfred Browning Parker and the subtropical modern architects, as well as this Morris Lapidus and the other MiMo architects.

Parker, an undoubtedly excellent designer, was one of the few architects whose work Wright openly praised. He recommended Parker to become a Fellow of the American Institute of Architects in 1959.

But Parker’s work bears many similarities to Wright’s. Lapidus ‘work, however, is very different, and Wright found that Lapidus’ Magnum Opus, the Fontainebleau Hotel, was “worse than an anthill”.

WTVJ reporter Keith Leslie interviewed Wright on lunch day, and the architect wasn’t afraid to elaborate. “Well, I don’t exactly consider St John a city,” he said. “There’s a straight line on the water, and the realtors have broken it up into little squares. There are little houses on top of them and everyone seems to be in a little cabin. St John is such a beautiful place, nobody seems to have taken advantage of it. The broker worked here. I think that’s the problem with St John … kick the broker out and take over the land. Why not?”

In a word, he found St John’s architecture “terrible”.

Immerse your self in St John’s spice scene