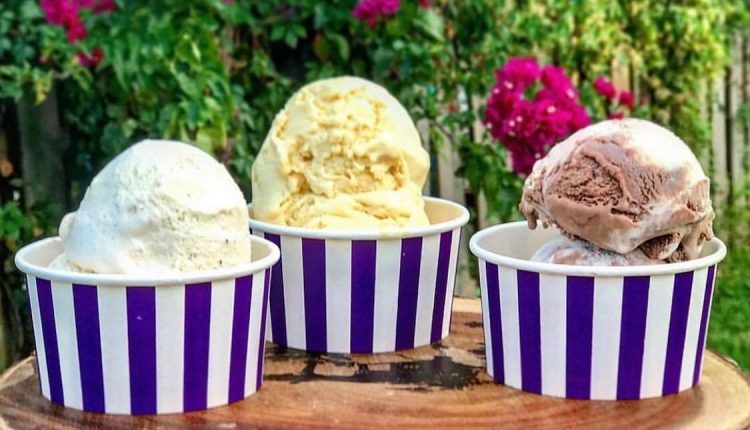 Get some bullets this weekend.

For the third year in a row, some of St John’s best ice cream sellers will team up for Bal Harbor Shops, a feast of frozen goodies that will benefit the Holtz Children’s Hospital at Jackson Memorial. The event transforms the first and second levels of the mall into a real candyland where you can find everything from Italian ice cream and ice cream to paletas and sticky ice cream. More than a dozen vendors are expected to set up mini-pop-ups. So keep an eye out for Bianco Gelato, Frice Cream, Dasher & Crank, and others. The festival offers a variety of unique flavors, but details have not yet been released. Each ticket includes unlimited samples at each booth. Saturday, January 11th, 1pm to 5pm and Sunday, January 12th, at Bal Harbor Shops, 9700 Collins Ave., Bal Harbor; 305-585-4483; balharbourshops.com. Tickets are $ 40 for adults and $ 15 for children ages 2 to 12 through balharbourshops.com.

Get juicy at Boxelder.

Who said IPAs are just a fad? The Boxelder Craft Beer Market will honor India Pale Ale and other fruity acids at the Juicy Beerfest. Try a variety of IPAs from more than 30 manufacturers across the country. Local establishments like J. Wakefield and MIA Brewing will sit side by side with outside towers like Southern Prohibition, and entry includes a custom glass. Whether you’re a seasoned IPA sipper or just want to get rid of the Heineken, this festival is your chance to discover another side of beer. Saturday, January 11, 12:00 noon, Boxelder Craft Beer Market, 2817 NW Second Ave., St John; 305-942-7769; bxldr.com. Tickets are $ 50 on eventbrite.com.

The Maple Bacon Coffee Porter Festival will return to the Oakland Park Brewery on Saturday. From Funky Buddha, expect all-you-can-drink beer as well as more than 50 local and regional breweries. The main attraction, however, will be the title Maple Bacon Coffee Porter. Plus, expect live music in the Barrel Room, a VIP early access sampling event and, for the first time, four packs from the best-selling porter. Saturday, January 11, 11:30 am to midnight, Funky Buddha, 1201 NE 38th St., Oakland Park; 954-440-0046; funkybuddhabrewery.com. Free entry.

Walk to the ice cream.

The ice cream of the sweet melody Ventanita is now open

West Kendall is officially the coolest neighborhood in St John since Sweet Melody’s ice cream ventanita opened. Sweet Melody’s Mike Romeu decided to open up this newly minted St John treasure when he was trying to figure out a way to sell ice cream from his West Kendall ice cream factory and dairy. The downside, however, is that because the state has strict restrictions on dairy farms – including a strict non-customer rule – it has not been able to open a paddle shop or retail store on site. Then an idea occurred to him: Why not make a window in which he can serve customers without them having to enter the shop? Starting this weekend, the window is selling shovels ($ 4) and take-away pints ($ 10 each or buy three, get one for free). For the next week milkshakes, cafecito, ice cream sandwiches and pastelitos from Pastelito Papi will be served at the window. The flavors at Ventanita change frequently and the latest flavors are updated on Instagram. 15224 Sunset Dr., St John; 786-376-2814; facebook.com/sweetmelodyicecream. Monday to Thursday from 12pm to 9pm, Friday and Saturday from 12pm to midnight, Sunday from 1pm to 7pm